What are self-less actions? Is anything really self-less. I have come to the conclusion that intentions can be self-less but outcomes very rarely are.

Over the last two years I have learnt a great deal about myself and also how the world actually works.
Two years ago a group of friends got together and started a charity youth team for a charity that works to better the lives of underprivileged children; CAREducation Trust. I led this team.

What started out as a small attempt to help those less privileged become educated and have an opportunity in life, soon turned in the Rickshawalas project. Where we drove 2000km across northern India in Rickshaw’s in an attempt to raise £30,000 for our cause. 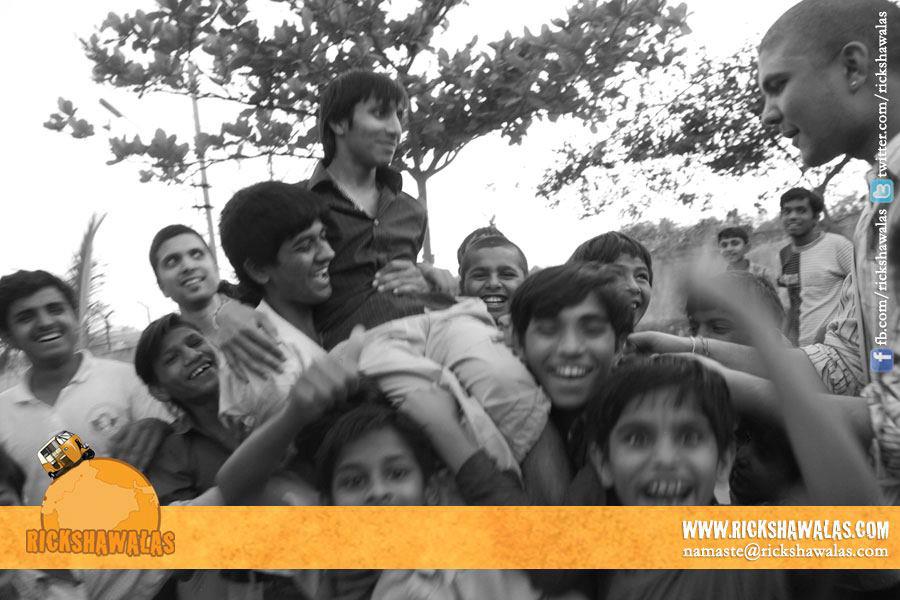 Nirav with the kids of Madhapar

Now that I have returned, I am not only calculating and totting up the pounds raised but also realising the mighty reward I have received from this intended self-less challenge.

So after all this I started to think, and a few friends and I had an in depth discussion on various socio-economic and worldly topics, and two themes came on the table. The theory of Karma, and Newton’s Law about action and reaction.

Karma – “what goes around comes around”

Many believe the law of Karma states that if you do good, good will come to you. Others believe in you Karma as your duty, such as in the religions of Jainism, Sikhism, Hinduism and Buddhism. This is also correct as this is part of the cause effect theory, Karma being the cause, you do good because it is your duty as a human being. The rewards are because of this good Karma.

“with every action there is a reaction “– Newton’s Law

This fundamental law of physics states that with every action there is an equal and opposite reaction force. What if this is not only a phenomenon in the physical world but also in the deeper spiritual world that governs ideas like Karma.

In conclusion from my experiences first hand and also the laws of physics and the laws of karma, it is true that the more you give the more you get. Helping others can reap unexpected rewards. Go out and make a difference.!